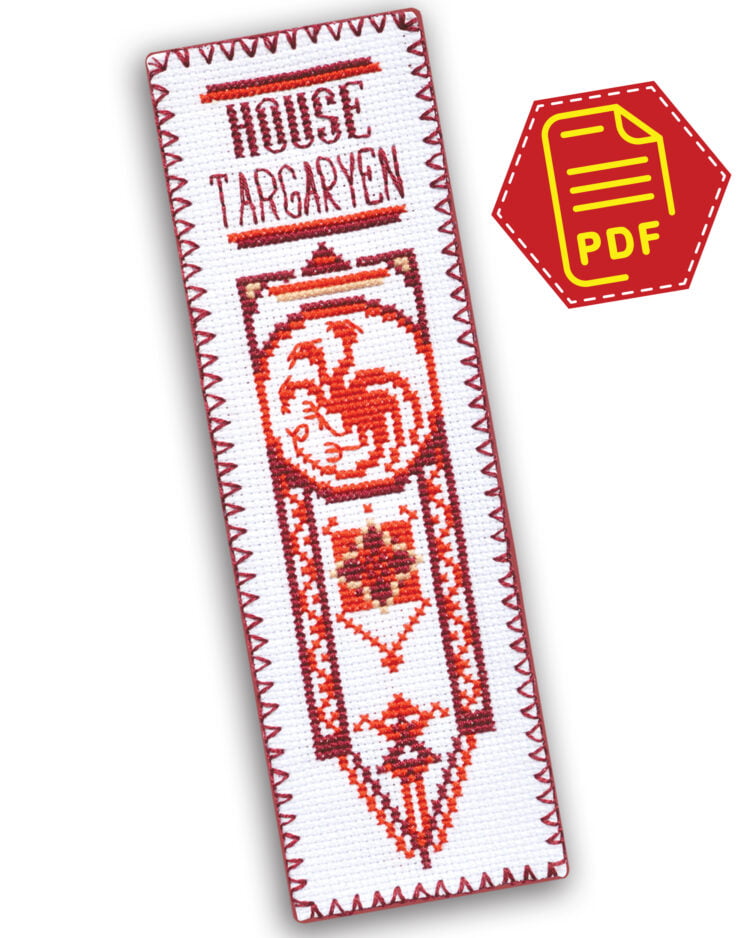 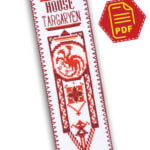 💚 FINISHED SIZE:
6,5 cm x 20 cm on 16 count Aida
If you choose a different Aida count, the final sizes will vary

👑”House Targaryen of Dragonstone is an exiled Great House of Westeros and the former royal House of the Seven Kingdoms. House Targaryen conquered and unified the realm before it was deposed during Robert’s Rebellion and House Baratheon replaced it as the new royal House. The two surviving Targaryens, Viserys and Daenerys, fled into exile to the Free Cities of Essos across the Narrow Sea. House Lannister replaced House Baratheon as the royal House following the destruction of the Great Sept of Baelor, but the realm was reconquered by Daenerys Targaryen, retaking the Iron Throne following the Battle of King’s Landing. After she laid waste to a surrendered King’s Landing, Daenerys was assassinated by Jon Snow to prevent further destruction. Jon became the last known living member of House Targaryen and his identity as the son of Rhaegar Targaryen is kept hidden from Westeros. He is exiled to the Night’s Watch for the assassination of Daenerys. The bloodline of House Targaryen also still exists in various houses, such as House Baratheon, House Velaryon, and House Martell.” – Game of Thrones Wiki👑

The exclusive embroidery design “House Targaryen” is specially crafted for fans of fantasy movies about the Seven Kingdoms Game of Thrones By completing the work, you get a useful and beautiful handmade bookmark while improving your creativity and artistic skills. You can definitely use the bookmark when reading your favorite books 📚 or it can be a great gift for a true fan of “A Song of Ice and Fire”.