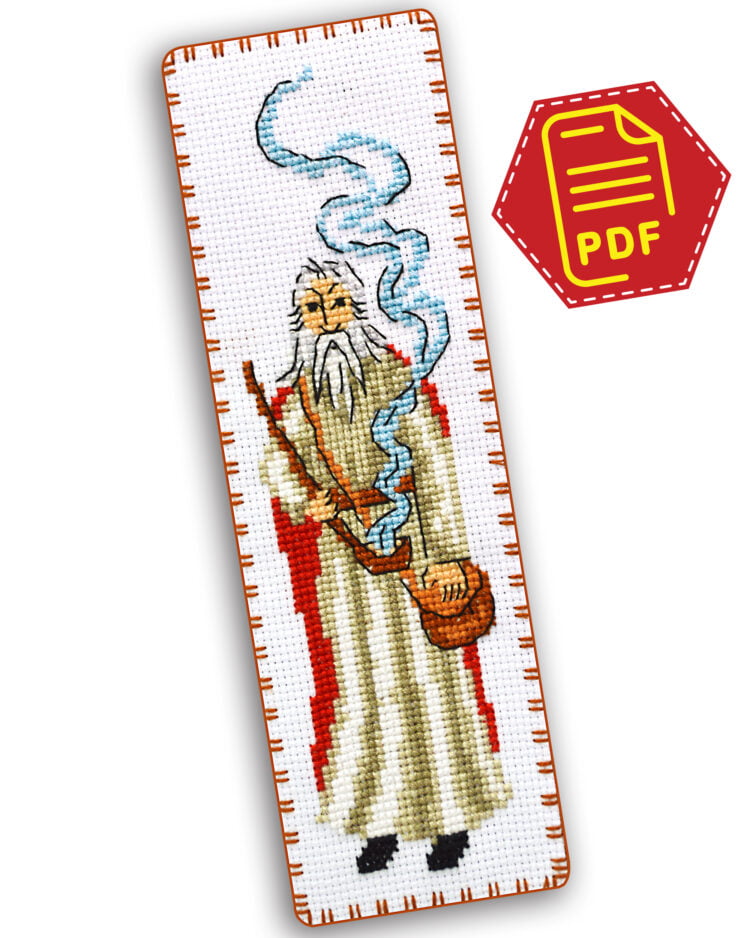 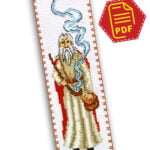 “Getafix (or, in some translations, Magigamix, French: Panoramix) is the village druid. In appearance he is tall with a white beard, white robe, red cloak. He is usually seen in possession of a small golden sickle. While his age is never stated, in the story of Asterix’ birth (in which all but the oldest villagers are seen as small children) he appears unchanged. In Asterix and the Big Fight the druid Psychoanalytix (who appears quite old) refers to him as his elder and teacher. Although known for his strength-enhancing magic potion, he has many other magical and medicinal potions at his disposal, and acts as the village doctor and occasionally teacher. Asterix (and most other villagers) will consult him whenever anything strange occurs. He does not himself normally engage in combat, whereas most of the villagers enjoy a good punch-up (even with each other). On one occasion in one of the stories explaining Gaulish women, with using Mrs. Geriatrix as an example, with a fight sparked by Impedimenta. The final cut is shown with all the male villagers and two females, Impedimenta and Bacteria included, with Getafix running to stop the punch up, with a piece of fish flying towards him. What he does next (continues to attempt to stop the fight or joins in the brawl) is unknown, although the former is the most likely.” – Wikipedia

The exclusive embroidery bookmark design “Druid Panoramix” 🔖 is specially crafted for fans of the film’s incredible adventures of two friends, where they use a magic potion, brewed by a druid and fight the Romans led by Caesar, who invaded Gaul, and the heroes have to travel to different countries and regions, both European (Britain, Spain, Italy) and more exotic (Egypt, America, India). Give this counted cross stitch pattern a shot to keep favorite themes at your fingertips. A handmade gift like that will definitely impress every Comics lover 📚